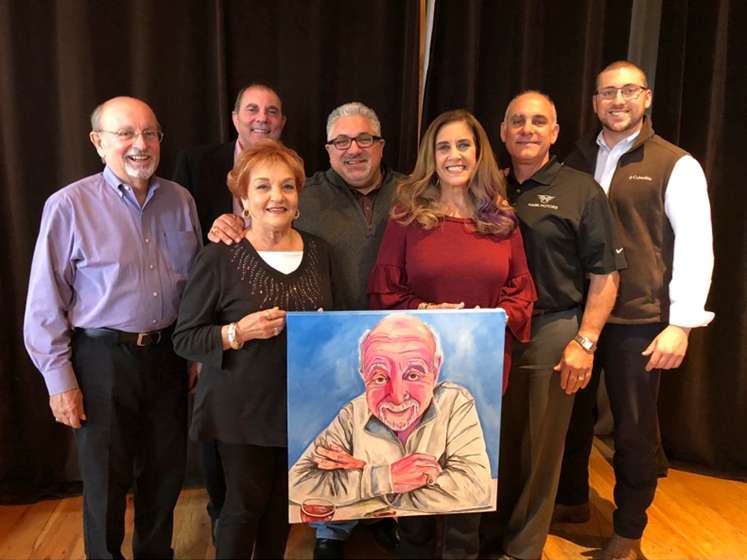 Note: this tribute blog originally appeared in November 2018. In honor of the 3rd anniversary of Vic, Sr’s passing, we are resharing it today. Everything Charge Up has become is because of who he was . . .

A tribute to my father and inspiration: Vic Pisano, Sr. 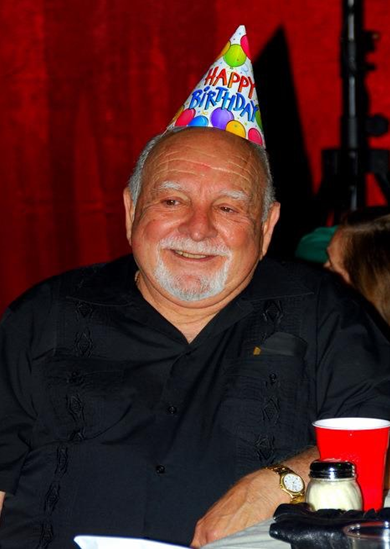 Today is for you, Dad!  Happy Birthday…

For as long as I can remember, my father always enjoyed his birthday.  He would talk about it weeks in advance to remind us, expressing the importance that we go all out and buy him very nice gifts and celebrate at a fancy restaurant.  He said we owed him for all the birthdays he spoiled us as kids.

The reality was he didn’t care about the gifts or the fancy restaurant; he was happy with anything as long as it was with family.  That was kind of man my father was; family always came first.

He was what some would call “old-fashioned”, and was a friend to everyone he met. He believed in a handshake and a man’s word. He worked hard, earned his success and helped those in need. He was strong in his faith and knew he would celebrate the day when the Lord took him. He was brave, courageous and full of humility. If he called you friend, you could count on him.

There were so many lessons he taught us, but what always came first was the importance of family. I have so many distinct memories of my life spent with grandparents, aunts, uncles, and cousins. So many of those people from my childhood have passed, but the memories are so vivid. As a child, we spent every Sunday having lunch with my grandparents and the extended family would come in and out of their home as if it were an open house.

There was always a table full of food, wine, beautiful stories, and laughter. When my grandparents passed away, we were fortunate that my father, uncle, and aunt, inherited their love for family by carrying on the traditions of spending every Sunday together as a family, which I now do with my own children.

The saddest thing about losing my father is that he died on a Sunday. I didn’t get to sit at a table full of food, wine, beautiful stories, and smiles. That Sunday would be so different from all of the others. And though it breaks my heart that I didn’t get one last Sunday to tell him I loved him, I know that his Sunday dinner that day was the most incredible and beautiful one of all, more than he or us could ever imagine.

I imagine his first Sunday in heaven was filled with family and friends from years past with tables filled with food, wine, wonderful stories, and smiles. There were hugs, kisses and more love at his dinner table than we as a family could ever provide because he was at the Lord’s table.

I know he looked down on us as we mourned, but in my heart, I felt as if he was telling each one of his children…it’s your turn to carry on. He had taught us so many lessons over the years, and God had the confidence in us that we were prepared and ready to live life without him.

Now that I have accepted the role of continuing the traditions that my dad, my grandparents, and generations before them had celebrated, it’s my turn to teach my own children how important family is. It’s my turn to honor him.

Following his sudden death on April 30, 2017, it was an incredibly challenging period in my life. I knew I needed to work through the grief I was experiencing. And I know it’s precisely what he would have told me. When his birthday rolled around six months later, we decided to celebrate by having a party. He wouldn’t be there physically, but I knew his spirit would be everywhere.

We asked every guest to write their favorite memory of Vic so we could read them aloud to celebrate his life.

What a great party it was! Smiles everywhere, good food, good wine, love, and laughter; all those Sunday nights were. And yes, his spirit was everywhere. It was a beautiful tribute to a man who always put others before himself, and he was loved beyond measure. You could hear it in the words, voices and body language of each person who spoke.

That evening, I came to the realization that each beautiful, unique and inspiring story needed to be shared.  It would be my honor to carry his legacy forward and dedicate myself to become the man he was.

“The gifts that keep on giving are those of his legacy.”

This is the vessel to move from grief to gratitude every day, to celebrate his legacy, and most important, to pay it forward and make an impact in people’s lives the same way he did for more than 80 years. Venture, Lead, Prosper…those are his initials.

If you didn’t have the privilege of knowing my father, I’d like you to learn at least one more thing about him. I can think of no better way to end this than with laughter…

Vic always made family and friends laugh over the years because of a knack he had for what we called “Vic’isms,” and when corrected, he would respond, “Whatever, same thing!”. He would take a word, phrase or sentence, say it wrong, and truly make it his own. Eventually, we needed a journal to keep up, so the “Vic-tionary” was created!

With that, I would like to present you some of my favorites on this special day:

When he called my sister-in-law from the hospital when my wife was giving birth to our second child, Catherine, he told her, “they are going to seduce the baby!”  He meant to say “induce” the baby.

He once told us all that he was going to be remodeling his home and would be putting “Gerber” carpet in.  He meant to say “Berber carpet.”

He was describing a scene of an accident that he passed and told us that he thought it was severe because the police officer was giving the man “UPS.”  He meant to say CPR.

While preparing a meal, he told us that we should be using a “SEGREGATED” knife.  He meant to say “serrated.”

“My father didn’t tell me how to live; he lived and I watched him do it.”

I sincerely appreciate you allowing me the platform to dedicate this to my father.

I hope you are proud; we love and miss you every day…

Blessed to carry on his legacy,