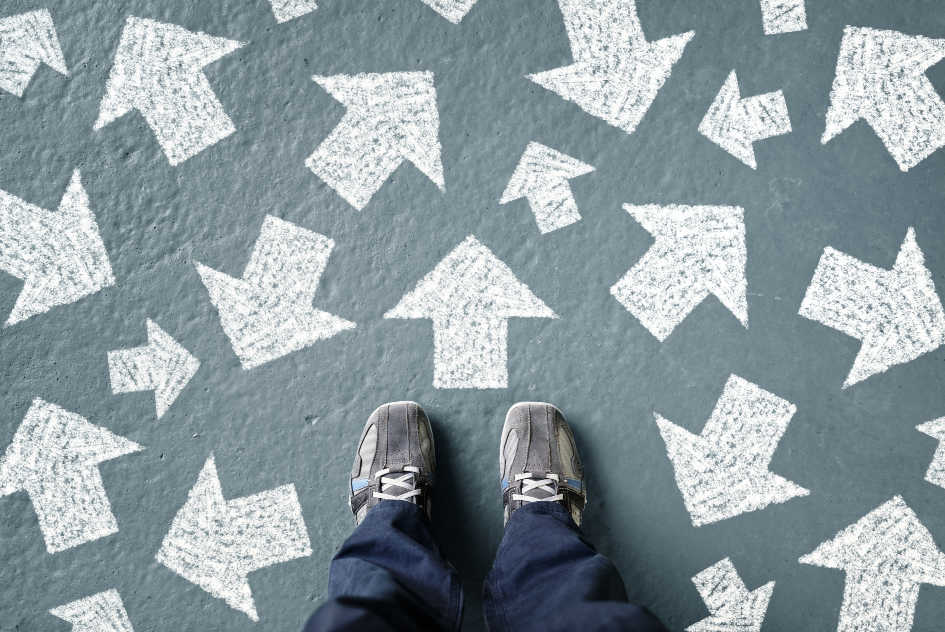 Wouldn’t life be more comfortable if we could carry our moral compass with us to check from time to time?  Better yet, why not a “moral compass app” on our phones that could provide us with instant feedback about our decisions, thoughts, path, effort, relationships, and self-awareness.

Imagine how much better the world would be if we were held accountable for our actions.

“If you don’t stand for something, you will fall for everything.”

When I define what a moral compass is, I use a simple description: Knowing the difference between what is right and wrong — and acting accordingly. Some say we aren’t born with a “moral compass”; that it develops over time through experience, observation, people, influencers, success, failure, but most of all, through discovery.

The more years invested, the higher the wisdom, or so one would hope. As parents, we must build, grow, and maintain the moral compass of our children. As educators, coaches, counselors, pastors, family, and friends, we also have the opportunity to solidify one’s moral compass.

It truly takes a village.

Here is the thing though, as we mature, the first part of the definition becomes easier to understand – “knowing the difference between right and wrong.” Our minds can process things at an incredibly fast rate; we know the situation that is right in front of us. However, it’s that second part about “acting accordingly” that becomes a challenge.

Once you process the difference between right and wrong, you may only have a few seconds to react, and if you don’t have a strong foundation to make the right choice, your moral compass will sway off center and you will not act accordingly.

When I talk to groups about making choices, I often relate our moral compass to a compass used on a ship. For that captain, the safety of everyone on that vessel relies upon their expertise and navigation. I relate to the late 1800s when ships would make the trans-Atlantic journey from Europe to the United States. On these steam ships, it could take anywhere from 7-14 days to make a 3,700-mile trip.

If that ship was off by just a single degree, that is the equivalent of 65 nautical miles. Imagine if one degree turned to two, three, four, or even five degrees off course. That’s over 300 miles off course and could mean death for the entire crew. Once you went adrift, there was no technology to locate you. That compass quite literally was life and death.

Let’s go back to our moral compass. Let’s say you make a wrong decision.  Maybe it sways your compass one degree off your path. You make a second faulty decision and add a degree. Another poor choice, another degree. They don’t go away; they add up and can veer you entirely off your course. Remember, even a one-degree shift can make a dramatic difference.

“The great thing in the world is not where we stand,
but in what direction we are moving.”

Your moral compass should be something that you can always rely on, but it requires attention. Each day, you invest in its strength, reliability, speed, and impulse through your actions and choices. You must protect your moral compass with everything you have. That moral compass becomes the business card you leave behind because it defines the things that really matter about you: your integrity, character, trust, dignity, respect, empathy, love, gratitude and selflessness. These are the characteristics you want to exude.

Pretty powerful, right?  It absolutely is.

“Without a moral compass, the human mind will justify anything.”

Sometimes, listening to our moral compass means making unpopular decisions that requires a tremendous amount of courage and may result in disagreements.  However, you have to stand your ground and not allow other opinions to determine the direction of your moral compass, nor jeopardize your foundation.  There is a saying that you are the product of the five people you spend the most time with.  You may need to examine that inner circle from time to time because bad company can ruin good morals.

Stay north, be true to your path, and let your sails take you places you never imagined.