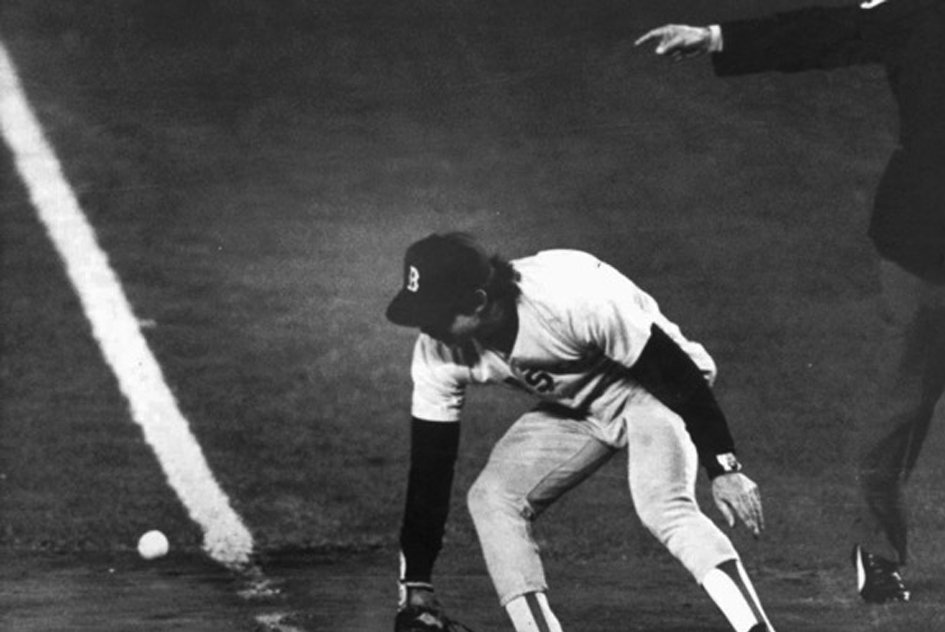 Does the fear of failure ever stand in your way of achieving your goals? Have you learned to bounce back and persevere? If your answer is “not really,” I have a story for you…

It was October 26, 1986, and over 55,000 people were packed into Shea Stadium for the 83rd World Series. The Boston Red Sox held a 3-game to 2 advantage in the best of 7 series over the New York Mets. Win this game, and the 68-year old “Curse of the Bambino” would be erased from the memory of every Sox fans in what would later rank as one of the greatest World Series of all time.

After the top of the tenth inning and with over 22 million viewers tuned in, NBC had started to set up in the visiting Red Sox clubhouse to film the postgame celebration and the exchange of the Commissioner’s Trophy. The champagne was on ice, and Bob Costas was set to preside over the ceremony.

After the second out in the tenth, the scoreboard operator in Shea Stadium accidentally posted “Congratulations Boston Red Sox, 1986 World Series Champions”. It was meant with a roar of boos and was immediately removed.

With the winning run at second base, the Mets had two outs and a 3-2 count on Mookie Wilson. Wilson hit a little roller down the first base line, a routine play for any novice, much less an MLB 1st baseman — but it was anything but routine that night. It went past his glove, between his legs and faded just enough outside the baseline to bring Kevin Mitchell, the tying run at 3rd, and Ray Knight, the winning run at 2nd, in to score and in dramatic fashion, win the game for the Mets, 6-5.

The New York Mets would go on to win the series after a 10-9 victory over the Red Sox in game 7 and were crowned the 1986 World Series Champions.

in its wake, one name was immediately and indelibly etched in the lore of Red Sox baseball: Bill Buckner.

If you’re a Red Sox fan, you’ve probably brought his name up a few times with your therapist. Buckner was the first baseman in that game. This guy didn’t ride the pine either; Buckner spent twenty-two years in the majors, had over 2,700 hits with 9,397 plate appearances, over 100 RBI’s, a .289 batting average in a span of over 3,500 career games. In 1986, he was 17 years into his career.

However, all of that meant nothing. October 26, 1986, means everything.

“Baseball is ninety percent mental and the other half is physical.”
– Yogi Berra

Let’s go back to failure.

It would have been easy for Buckner to end his career following that season; he was ridiculed and the target of every sports journalist and Red Sox fan across the country during the off-season, even receiving death threats. It was more than enough to make any man crumble, even an experienced professional athlete. But amazingly enough, Buckner somehow went on to play another five successful seasons following the debacle of 1986.

In an Associated Press interview in 2005, Buckner revealed his secret to moving on. “I think a lot of people would have really let it bother them,” he mused. “Or you could use it in a positive manner. I’m a positive person.”

There are those who have the courage and fortitude to allow failure to serve as inspiration as opposed to being discouraged. Failure is a constant in the process of success.

Failure is an opportunity to:

–   Evaluate and if necessary, redirect your focus

–   Look within and become more self-aware

The off-season that followed the 1986 World Series was dedicated to improvement for Buckner, despite his critics. That was not how he was going to leave the game. He took it in stride and did not allow it to become a distraction as he prepared for the following season.

To this day, when Buckner is interviewed, they always ask him about that play back in October of 1986. After 30 years, one has the right to get frustrated and possibly display anger in their response. After all, there have been many mistakes in sports since his.

He answers every question with respect, dignity and an authentic tone that continues to teach others how failure doesn’t define you — how you respond to it does. He had an amazing MLB career, and he is now a successful businessman who is very involved with his community.

One can’t be an innovator without risk. How can you have an entrepreneurial spirit with doubt? Where will the breakthrough come from if you have a negative mindset?

“You can observe a lot by watching.”
– Yogi Berra

Today is the day that you commit to not allow fear to detour or distract you from the greatness you can achieve. Instill a mindset of positivity, discipline, passion, and perseverance in everything you do.

If it’s your passion, nothing can stand in your way.

“Baseball’s what I do.”
– Bill Buckner

Victor Pisano✏ The Thrill of Victory, the Agony Between the Feet11.05.2018