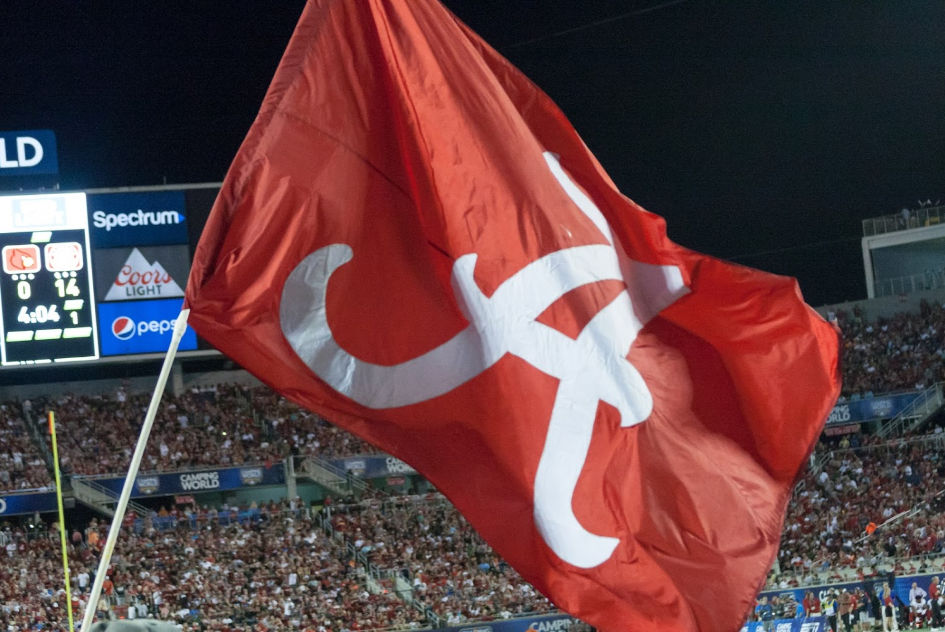 Note:  Following the completion of this blog, the NCAA suspended all spring sports as a result of the global pandemic, COVID-19. Be sure to read the end of this post and see how true champions lead in adversity.

That moment is here,

The time is now,

We must pay for it with blood and tears

And the sweat from our brow,

But we don’t complain, we just lift and we flow,

It’s the price of winning and we will leave no doubt.

I will give my team the best of me,

Making sure that a strong man is standing next to me,

Tradition says that greatness is our destiny,

But it takes hard work to rebuild a legacy.

We never worry about tomorrow

We just focus on today,

Making progress is part of the process

For our better play.

Our pursuit started at the boots and now we regroup

As one team, one school, a family with one dream.

To climb to the top and three to remain by doing things the ‘Bama way!

In 2010, when both of my daughters were just discovering their passion for softball, we were asked to join some friends on a visit to the University of Alabama in Tuscaloosa.Not only did we get to watch some softball, but we also attended a reunion of the gymnastics team that our friend competed with when they won the National Championship in 1988. It was an incredible weekend of touring the campus, stadiums, watching softball and attending my first gymnastics meet with 14,000 of my closest friends. After that trip, the University of Alabama became one of my favorite places to attend sporting events.

From softball to football, gymnastics to baseball, basketball to soccer, as long as they weren’t playing against Texas A&M (Class of ’91), I would root for the Crimson Tide. In the past 10 years, I have been so blessed to cross paths with some amazing people who have become dear friends over the years. One in particular, head softball coach Patrick Murphy — who is not only a friend, but a trusted mentor.

In the world of college softball, Alabama is a powerhouse under the leadership of Coach Murphy. A 2012 National Championship, twelve Women’s College World Series berths, five SEC regular season titles, six SEC Tournament titles and 21-straight NCAA Tournament bids are only a few of the team honors that Murphy has brought to Tuscaloosa during his tenure. Since the inception of Charge Up, I have had the honor and privilege to speak to Murph’s softball team more than once.

“Everybody wants to be a success. Not everybody is willing to do what they have to do to achieve it.”

It’s easy to understand why I consider Murph a mentor. I am able to observe his demeanor, both on and off the field, and witness his ability to connect with his student-athletes. When I am around him, all I want to do is listen and learn.

Murph has an incredible gift of earning trust, being authentic, and getting to know you as a person. It also says a lot about this man’s character when the past players continue coming back for alumni weekends. The bonds came from the family atmosphere that Murph creates.

Players still talk about a concept introduced at the beginning of a season years ago that ended up becoming a buzz word all over sports. The theme that year was “Mudita”. Mudita is a Buddhist worst that translates to “a pure joy unadulterated by self-interest”. It is the pleasure that comes from delighting in other people’s well-being. When we are happy for the joy other beings feel, it is called mudita. (The opposite word is invidia, which translates to “envy.”)

“Mudita is about having vicarious joy in someone else’s success. There’s not an English word that equals that. There are English words that are opposite: envy and jealousy. Those two words are ‘dirty words’ in team sports.”

At a conference I recently spoke at with Coach Murphy, the example he provided painted the perfect picture. He said that, “If a fan were to walk into Rhoads Stadium late, and a homerun was just hit, as they watched the celebration at home plate, they wouldn’t know who hit the home run. It’s a shared joy in accomplishment and success.”

What started as a theme for a season has become the foundation of a culture for this program. Its legacy has been built on the collective success, not just the All-Americans and other award winners. Every player has a role, and knows she is a crucial piece to the unique success that each team has —which is why Murph numbers his teams. e was an assistant for the first two years of his tenure, and a head coach for the past twenty-two, but this year’s team is simply referred to as “Team 24”. It is a way to respect the personality and authenticity of a team. When reminiscing, you will hear people talk about “Team 19,” or “Team 5,” and if you are a true fan of the crimson and white, you will know exactly what they are talking about.

“If you want to walk the heavenly streets of gold, you gotta know the password: “Roll Tide, Roll!”

It’s easy to get lost in the simplicity of Mudita. The first time I heard about it, I thought, “How can it be that difficult to implement in sports, families, or even as a leader at work?” Over the years, I have had the privilege to observe the growth and attention to detail that Murph applies to ensure each team stays the course and makes the message a way of life. In other words, celebrating the success of those around you becomes a habit. For Alabama, it is the difference between being a good team, and a great team.

If you push Murph to give you more details about it, he will just smile in his usual manner, turn his head, adjust his hat. And without you even realizing it, he will change the subject.

You see, some things are only talked about with family.

Note:  Following the completion of this blog, the NCAA suspended all spring sports as a result of the global pandemic, COVID-19. The softball season for the Tide officially ended on Thursday, March 12th. Coaches, players and staff were devastated by the event because it came with no warning; most learned the news through social media.

At that time, it meant that seniors had played their last game without ever knowing it. It was a whirlwind of events and emotions for all NCAA spring sports across the nation. After the initial shock set in, and these programs were able to meet and discuss the events, most everyone were able to understand the bigger picture and focus on what needed to be done in a timely manner — in an effort to contribute toward an initiative to slow the spread of the virus.

How did Coach Murphy handle it? He talked about having a growth mindset and understanding that things happen beyond our control every day. It’s how we handle them that define our character and integrity. He also reminded them of the family they were a part of.  f mudita meant to share in the celebration of one’s success, it also meant to share in the sadness and disappointment of one’s adversity. And with that, the team parted ways knowing that there is nothing better than having the support and love of family.

©2020 Victor Pisano/Charge Up. All rights reserved. You are free to use portions of this publication, provided the following credit is listed at the bottom: ©2020 Victor Pisano/Charge Up, is a media-based entity that provides intriguing, innovative and distinctive content, engaging its readers with real-world challenges and solutions while embracing obstacles and the value that failure can provide. While that sounds serious, we promise you will both learn AND laugh (and sometimes cry).Contact Charge Up at victor@chargeuptoday.com or visit our website at www.chargeuptoday.com.